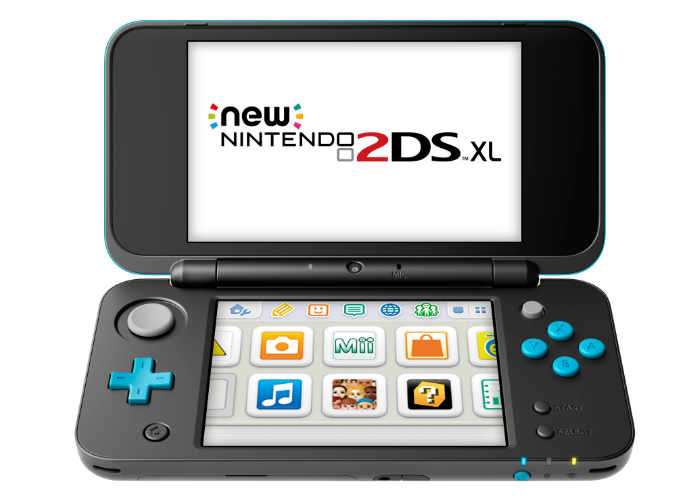 Nintendo has today taken the wraps off a new handheld they have created in the form of the Nintendo 2DS XL, which will be available to purchase worldwide in just a couple of months time from July 28th, 2017 onwards.

The Nintendo 2DS XL is priced at $149.99 and builds on the previous Nintendo handhelds already available. Check out the promotional video below to learn more about what you can expect from this new Nintendo handheld.

The new system will be available in a stylish black/turquoise colour, and will use the same size large screen found on New Nintendo 3DS XL systems. As the name of the new system implies, visuals will be displayed in 2D only. The system is lighter but still packs the same power as New Nintendo 3DS XL, and has built-in NFC support for amiibo cards and figures.

As more details of availability and preorders are announced, we will keep you up-to-date as always.