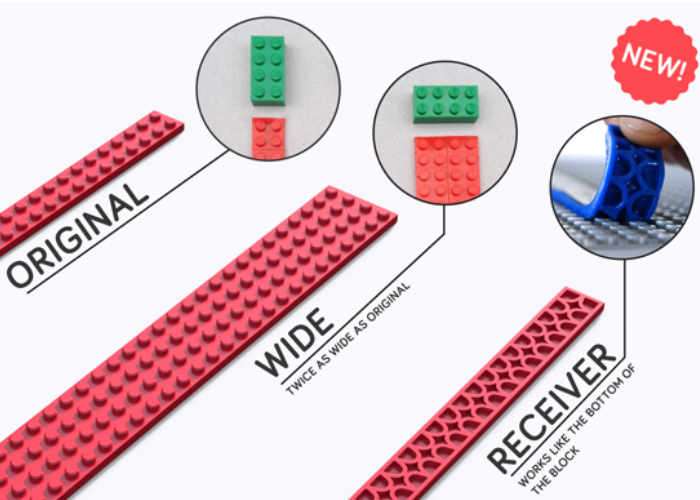 LEGO, Mega Bloks and Kreo builders looking to take their skills and projects to new surfaces may be interested in a great new invention called Nimuno Loops which takes the form of tape designed for toy block building.

Watch the video below to learn more about Nimuno Loops which is already raised over $1.5 million thanks to over 41,000 backers via the Indiegogo website.

With only a few days left on the campaign which originally wanted to raise just $8000 the team over at Nimuno I hoping to start shipping their new LEGO, Mega Bloks and Kreo building product during August 2017.

Imagine being able to build around corners, on curved surfaces, or even onto the sides of that sailing ship you’ve just spent hours building. You forgot to engineer a point of attachment for that sweet dinosaur-smashing cannon? No problem. Snip a length of Nimuno Loops, stick it on the hull, mount your cannon and be on yarr way. Compatible with most toy block systems like Lego Blocks, Mega Bloks & Kreo.

Forget the Internet of Things. We want to see the Nimuno Loops of Things ! That’s why we developed the revolutionary range of tapes which allows you to build on virtually any surface. The addition of the receiver tape now also allows you to make other object fit onto your blocks, baseplates, or Toy Block Tape! Welcome to the construction toy revolution!

For more information on the new Nimuno Loops jump over to the Indiegogo website for details by following the link below.