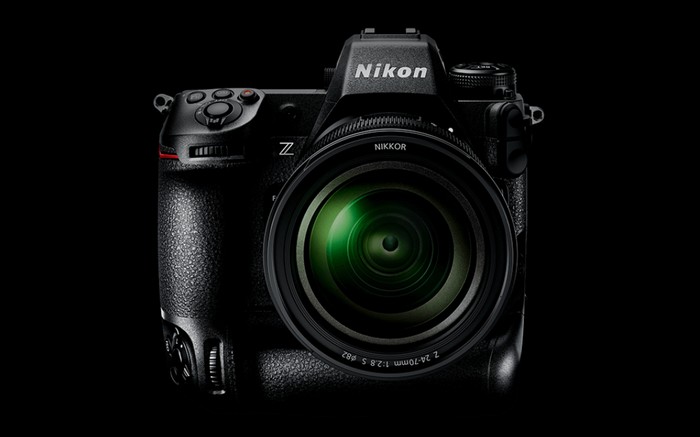 Nikon has this week officially launched its first flagship model of the Z series mirrorless cameras in the form of the Nikon Z9 equipped with a fast, powerful autofocus system with subject detection developed using deep learning technology the camera features a 45.7-megapixel sensor and is capable of capturing high-speed still frame rates up to 120 fps. 8K and 4K videos and features a 4 axis tilting touchscreen. 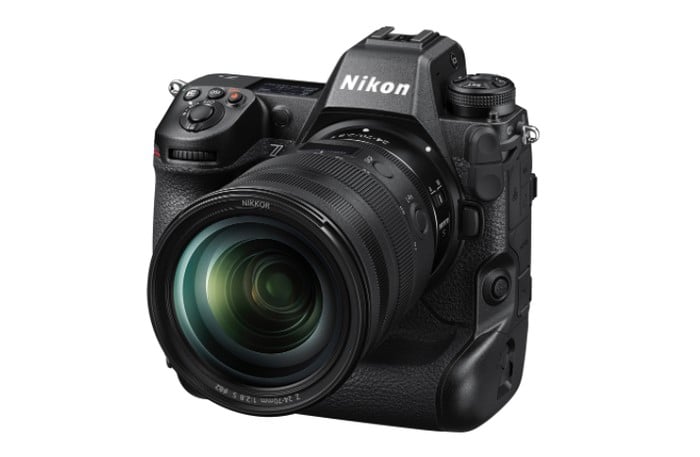 Features of the Nikon Z9 camera

– 45.7 effective megapixels deliver overwhelming resolution maximizing the superior performance of NIKKOR Z lenses.
– High-Efficiency RAW*1 which retains the same level of high image quality as the conventional uncompressed RAW in an approx. 1/3 smaller file size.
– High-speed continuous shooting at 20 fps for more than 1,000 frames*2 realized in both JPEG and RAW file formats.
– Powerful dust-prevention measures for the image sensor include the world’s first*3 dual coating and sensor shield.
– The combination of ISO 64 capability and 1/32000-sec. shutter speed expands the range of creative expression of fast lenses.
– Silent mode for minimized operational sound of in-camera/in-lens VR, making it possible to shoot indoor events such as theatrical plays, press conferences and weddings.
– The sound of the electronic shutter can be set at three different volume levels to inform the subject of the shutter release timing in scenes such as portrait shooting.
– Compatible with CFexpress Type B memory cards with faster writing speed that are ideal for 8K UHD video recording and high-speed continuous shooting at high pixel count.
– Various image transfer functions are supported by 1000BASE-T wired LAN and built-in wireless LAN.
– Achieves a body 20% smaller than the D6 while adopting a design with integrated vertical grip. 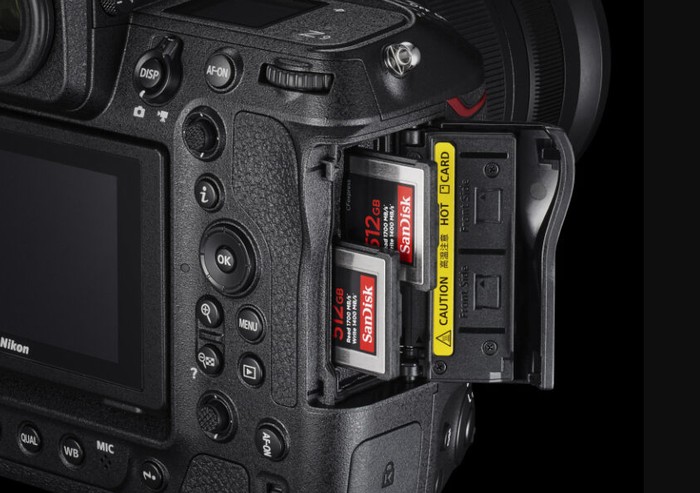 “The Z 9 features various functions and high performance that surpass previous Nikon digital SLR and mirrorless cameras, realizing the continuous and confident capture of decisive moments, even in extreme conditions. The Z 9 supports the best performance of professional photographers and image creators who are active in diverse fields, ranging from sports and journalism to fashion and commercial.

Thanks to the newly developed stacked CMOS sensor and the EXPEED 7 image-processing engine, the most powerful AF performance among Nikon cameras is realized. This advanced AF system detects the world’s largest range*1 of nine subject types for both stills and video: people, dogs, cats, birds, bicycles, motorcycles, cars, trains, and airplanes. With this system, decisive moments can be reliably captured for diverse subjects.” 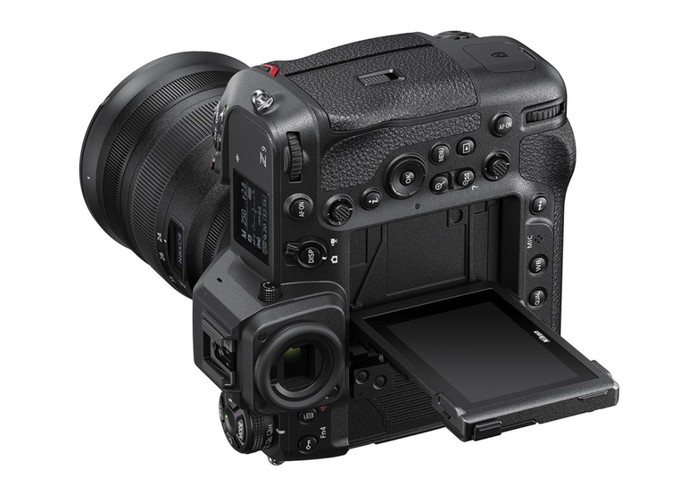 “For video recording, 8K UHD/30p video*2 can be recorded on a memory card in-camera without using an external recorder for up to 125 minutes*3 — the world’s longest*1. It is also possible to record 4K UHD/120p/60p/30p video to comply with the varied video production activities of image creators.

A newly employed four-axis vertical/horizontal tilting monitor facilitates shooting from high or low angles regardless of vertical or horizontal orientation, remarkably improving users’ convenience. In addition, Real-Live Viewfinder, that surpasses the performance of conventional optical viewfinders (OVF) and electronic viewfinders (EVF), is adopted. Unlike conventional blackout-free shooting that displays the same frame to prevent interruption of the finder image, this viewfinder continues to display the actual movement of the subject within the scene, so that every single moment can be smoothly and continuously confirmed with no skipped frames or loss of view.”

For full specifications, pricing and availability on the Nikon Z9 mirrorless camera jump over to the official Nikon website by following the link below.