Nikon has today unveiled the Coolpix S9100 a new compact camera Nikon have just added to their range. Its equipped with a ultra high-zoom lens that makes it possible to take wide-angle and super telephoto shots from the same compact, pocket-friendly camera.

The S9100 is capable of full HD video recording and has a backside-illuminated 12.1 megapixel CMOS sensor, the lens for this pocket camera is capable of zooming up to a maximum equivalent focal length of 450mm, allowing you to frame almost any shot perfectly. 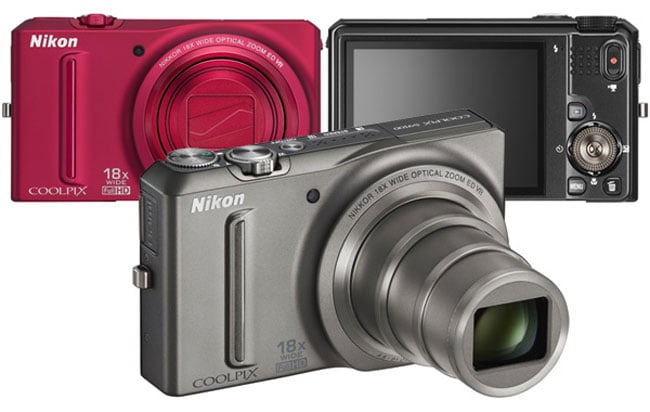 The HD filming feature also has options to film in slow or fast motion using recording speeds of up to 240fps (QVGA) and the 1080p movie mode records sound in stereo and while recording at 30fps.

The Nikon Coolpix S9100 ISO sensitivity can stretch up to 3200 (only 800 in automatic mode) an has a new Easy Panorama feature extends your view even further by offering 360° and 180° photos. Its also fitted with Anti-blur technology within the camera counters blurred images in seven key ways.