Nikon has announced a new version of its mirrorless camera, the Nikon 1 J2, which is an update version of the Nikon 1 J1, and it comes with the same 10 megapixel CMOS sensor that was in the J1.

It also features the same 73 point auto-focus system, and a 10 frames per second burst mode, plus manual exposure controls, aperture and shutter priority modes, it can record HD video in 1080p at 30 frames per second and also has a built in pop up flash. 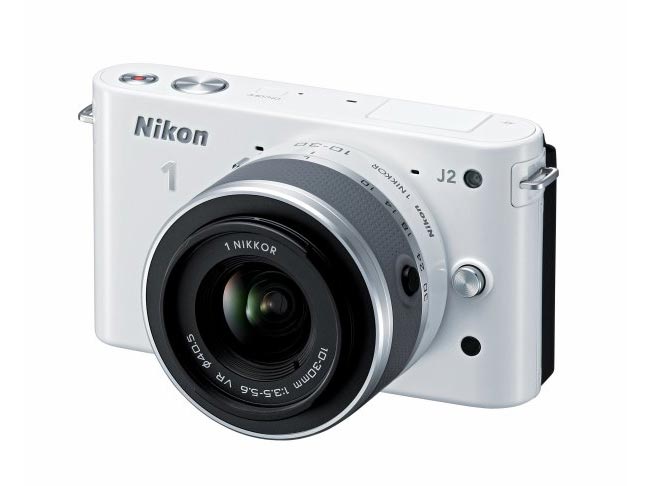 It now comes with a new Creative Mode menu, which adds point and shoot style features to the camera, and it also features an improved screen over the original with a 921k dot 3 inch display.