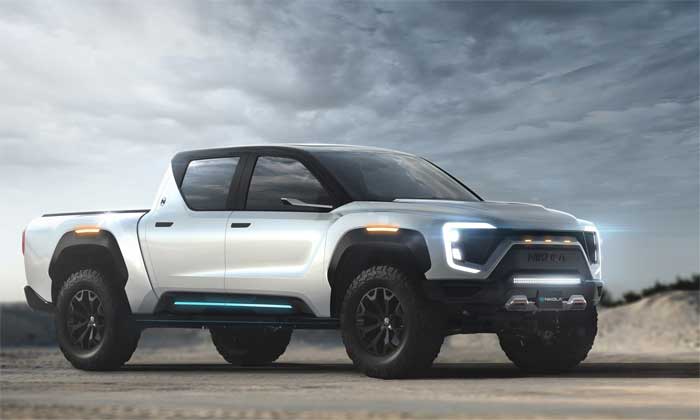 Nikola Corporation has unveiled its fuel cell and BEV pickup that is called the Nikola Badger. The truck has a blended range using hydrogen and electricity of 600 miles. On electricity alone, the truck promises to go 300 miles per charge. Nikola claims the truck will run 0-60 mph in 2.9 seconds.

The Badger can generate over 906 hp and 980 ft-lbs of torque. Since the majority of the US doesn’t have hydrogen access, Nikola says it plans to install 700 hydrogen stations across the country. The locations for the hydrogen station will be announced this quarter.

Pricing for the truck is a mystery right now. We do know that it has a 15kW power outlet. That outlet can run all sorts of tools on a job site for 12 hours without a generator.