Nike has released a new Nike SB iOS app today that has been created to provide skateboards with the ability to learn new tricks, play games of S.K.A.T.E. or take part in challenges with skaters around the world.

The new Nike SB iOS app allows users to chart your personal skate progress and include footage and information to help you expand your skills. 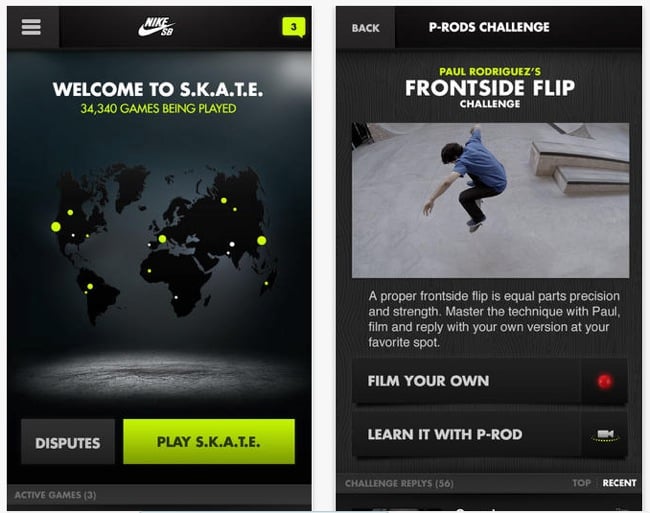 “Learn straight from the pros with never-been-done filming and playback techniques before helping expand the Trick Tree with your own footage. Earn special and limited badges for skating hard, meeting challenges, progressing and taking part in special events.Learn tricks, play games of S.K.A.T.E., take part in challenges with skaters around the planet, and chart your personal skate progress with the Nike SB App.”

The S.K.A.T.E. game included in the new iOS app allows two skaters to connect with each other and battle it out in a round of sudden death trick performances. To prove that the skaters have done the trick, each user records 15 seconds of video footage while performing the trick which their opponent then needs to match.

The new and unique Nike SB iOS app is now available to download from the iTunes App Store for free. If you enjoyed this article you might also be interested in the newly created Onewheel self-balancing electric skateboard which took to Kickstarter to make the jump from concept to production. 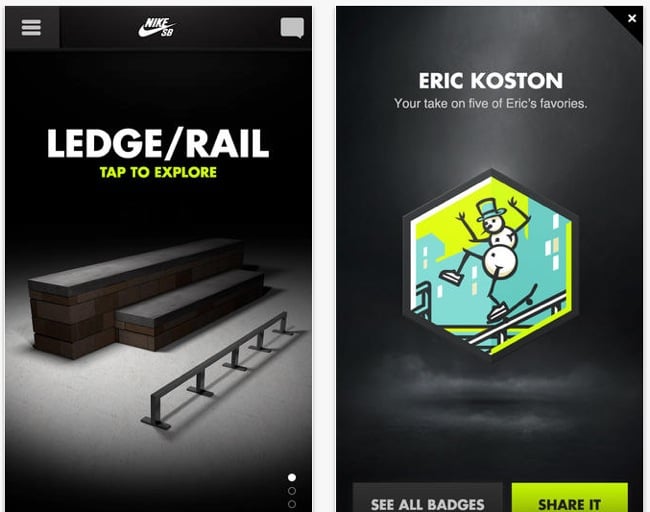