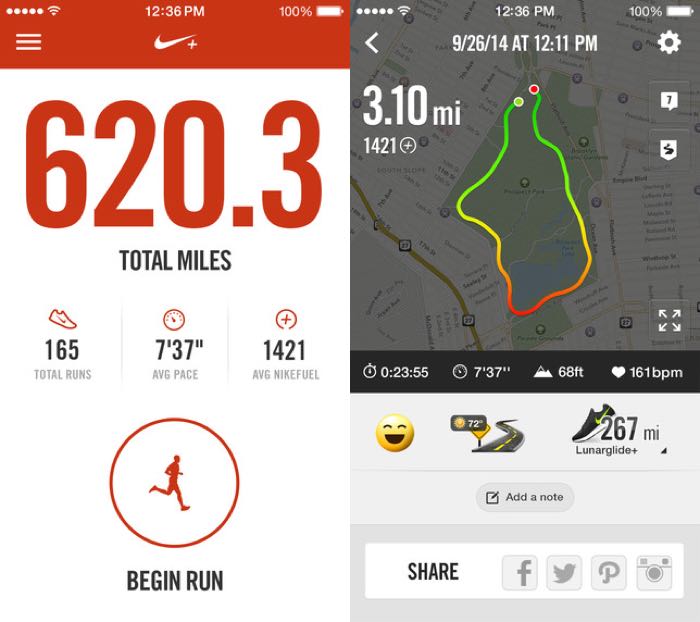 Nike has released a new version of their Nike+ app for Apple’s iOS platform, and the latest version of the app now comes with integration into Apple Health.

As well as integration with Apple Health, the new Nike+ app for iOS also comes with a number of design changes, which include a new quick start feature, and easier music controls.

There is also an update home screen, which allows you to access a number of features, including an enhanced heart rate monitor, and more.

The latest version of the Nike+ app is compatible with the iPhone, iPad and iPod Touch running iOS 7.0 and above, although some features like the Apple Health integration need iOS 8.0

The new Nike+ app is available as a free download for the iPhone, iPad and iPod Touch, you can download the latest version of the application over at iTunes at the link below.