It looks like Nike may have something new to announced today, according to Matt Halfhill from Nike Kicks, who received an invitation from Nike to a special event where they will unveil a new product.

Matt was flown out to LA for ‘a big announcement’, and when he got there he was given an iPod Shuffle with a personal message from Dr. Emmet Brown, which said “Welcome to Los Angeles. If my calculations are correct, over the next 24 hours you are about to see some SERIOUS SH*T!”. 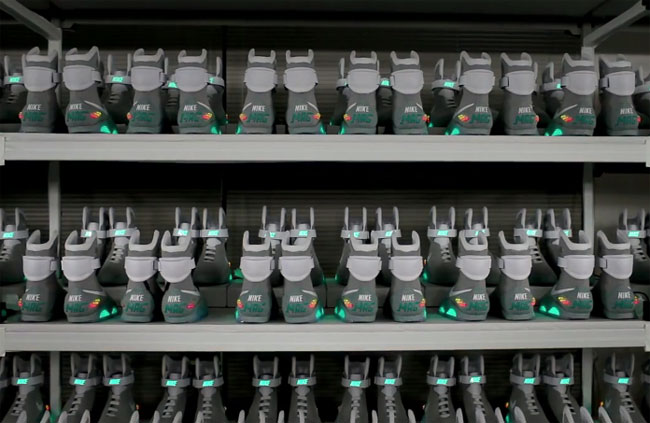 The video below shows a teaser of the Nike Air Mag’s from Back To The Future, which Nike are expected to announce later today, we have no idea how much they will cost, although no matter how much we suspect quite a few people will be after a pair.