Next Issue is similar to Netflix for magazines, providing you with a 34 magazines such as Bon Appétit, Car and Driver, Cooking Light, Fortune, GQ, Sunset, and Wired for just $10 per month for the basic plan. 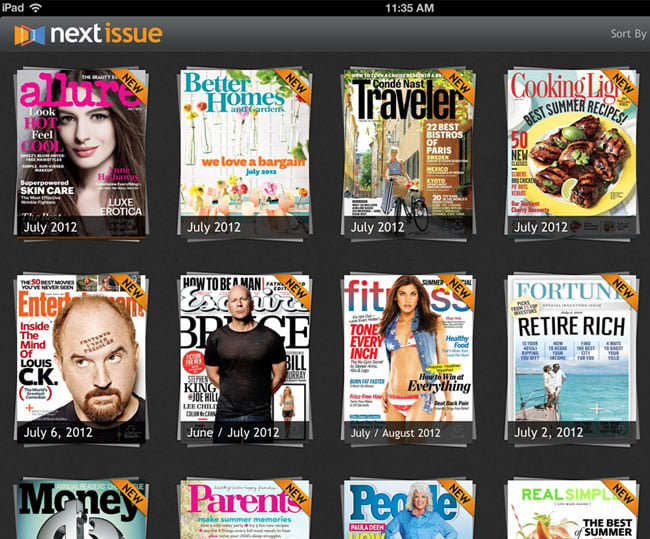 Or for $15 a month an Unlimited Premium plan is available which adds weekly magazines to your subscription, and includes Entertainment Weekly, People, Sports Illustrated, The New Yorker, and Time magazine. With single issues also available between $2.50 and $6 per issue.

Next Issue has already been available for some time on Android devices and the iPad App had been promised to launch three month ago. But after a slight delay it has now arrived and is available to download from the iTunes App Store with a free 30 day trial available.