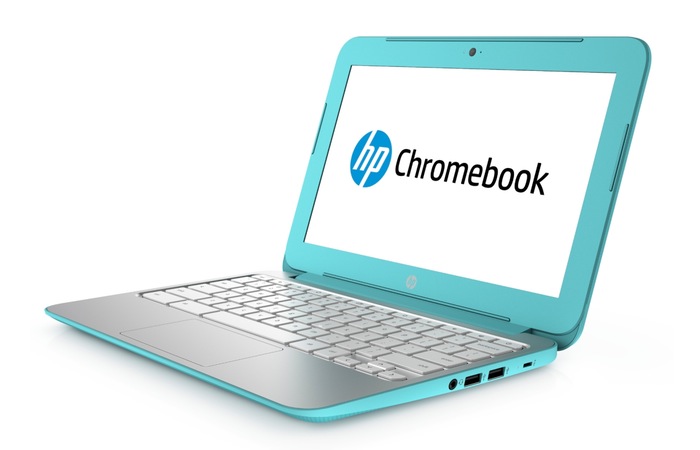 The new HP Chromebook 11 includes a range of specifications from the previous model including a 11.6 inch display, however the price has now dropped to $249 and it is now available in two different colours Snow White or Ocean Turquoise.

The HP Chromebook 11 is powered by a Samsung Exynos 5250 ARM Cortex-A15 dual-core processor supported by 2GB of RAM and offers users 16GB of internal storage that can be increased with the use of SD cards.

HP has also included collectivity via both Wi-Fi 802.11n and Bluetooth 4.0 within their new HP Chromebook 11 which has now been designed to be lighter and thinner than the previous version measuring just 0.7 inches in thickness and weighing just 2.3lb in weight.

“With the HP Chromebook running lightning fast Chrome OS, the best of Google is at hand on a colorfully sleek and stylish notebook. Access your favorite websites and Google apps instantly on a beautiful 11 or 14-inch diagonal HD display. Auto-synch your data and stay connected everywhere with built-in optional 3G or 4G connectivity and up to 100GB of Google Drive Storage.”