Engineers at the University of Utah have developed a concept next generation game controller that not only vibrates but also pulls at the thumb controllers to simulate the recoil of a gun or the pull on a fishing line, for example.

The concept controller is fitted with tractors which are located underneath each thumbs and are used for controlling a characters movements, juts like a traditional controllers. 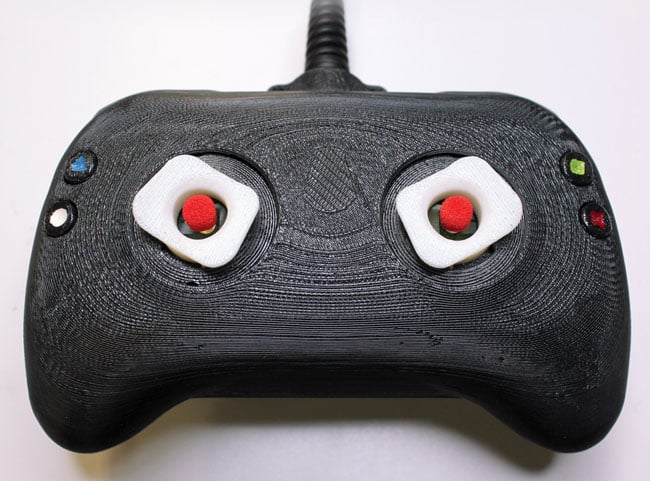 But if the character was to run into a wall for instance the tractor moves back to mimic impact. Watch the video after the jump to see the innovative controller in action. The controllers can also provide feedback if a characters is crawling by moving back and forth under both thumbs.

Plans are to now develop the controller as a smartphone peripheral into which a smartphone would slide. Providing the phone with more accurate controls. William Provancher, an associate professor of mechanical engineering who is in Vancouver, British Columbia explains:

“I’m hoping we can get this into production when the next game consoles come out in a couple of years. We have developed feedback modes that enhance immersiveness and realism for gaming scenarios such as collision, recoil from a gun, the feeling of being pushed by ocean waves or crawling prone in a first-person shooter game,”