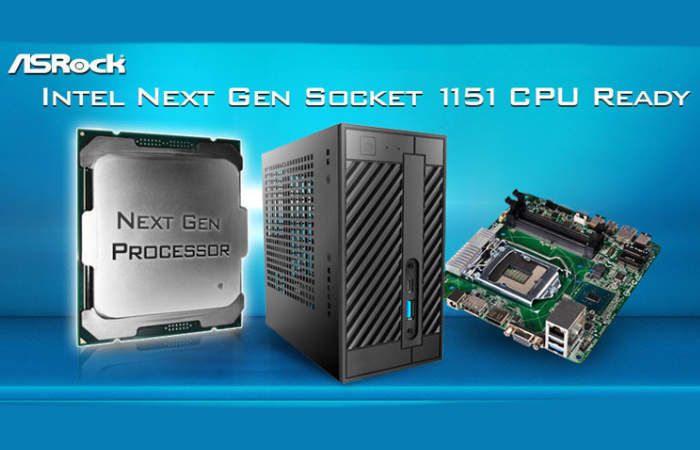 ASRock has this week announced that the popular and highly praised ASRock DeskMini 110 barebones systems the company created, will support new processors adding extra performance options to the hardware.

The ASRock DeskMini 110 barebone series and the most compact mainboard H110M-STX are the world’s first H110 chipset based products that support Intel next generation processors.

To enable and already existing system simply update BIOS after P1.40 version to be able to enjoy the new performance of latest CPUs. ASRock explains more :

Besides the comprehensive and valuable configurability options, ASRock Mini-STX series is also well focused on improving every possible computing features. Both two products are the pioneer that are compatible with the popular Samsung 950 Pro NVMe M.2 SSDs and Intel’s latest 600p series SSDs with the fastest PCIe Gen3 x4 speed.

For more information on the new support jump over to the ASRock website for details by following the link below.