Last year we reported about how Newsweek, a popular magazine that had seen print publication for 80 years, was transitioning into a digital-only medium starting on December 31st, 2012. Less than a year after its transition, Newsweek is being sold to International Business Times.

The sale doesn’t come as much of a surprise since Newsweek’s owner admitted in April that he regretted ever buying the magazine. Newsweek is part of a joint venture with The Daily Beast but will be sold separately. The International Business Times will operate the magazine as a subsidiary and won’t change anything right away.

Further details of the sale have yet to be released. 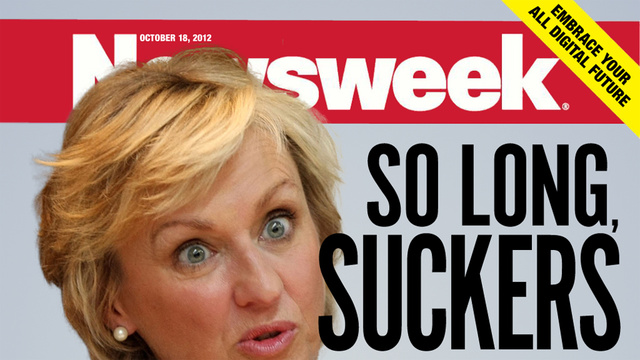 Who reads magazines anymore anyway – physically or digitally? You can get all your news for free nowadays and it’s the same story regardless of where you read it, so why pay for it?

If you want to be entertained then pick up a book, or visit geeky-gadgets.com more often.