At least this was the gist of Dr. Ben Carter’s presentation during the 24th National Meeting of the American Chemical Society. In it, the scientist from the University of Liverpool unveiled dry water. 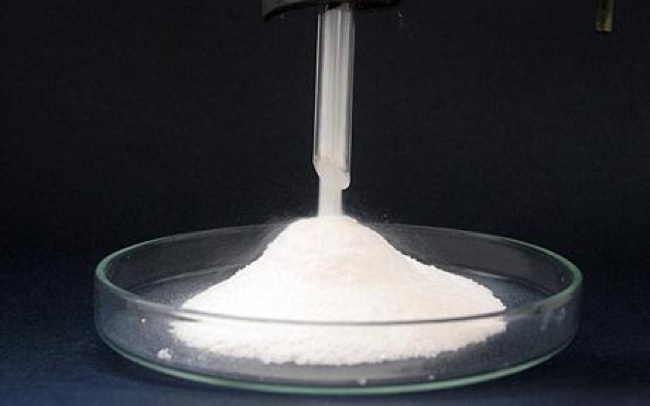 It’s basically H2O encased in silica particles that keep it in a solid state. The saving the world bit comes when dry water is used to trap carbon molecules that exacerbate climate change.

Testing has already revealed dry water does the job thrice as fast as ordinary water.

On top of this, dry water mixes well with maleic acid to produce succinic acid which is commonly used in consumer food products. Despite its game-changing potential however, it might take a while before dry water is applied to industrial processes.

Dr. Carter is still testing his creation to find out whether it can work for different emulsions, mixing two unblendable substances with greater ease and energy-saving efficiency.

In case this bit of news is making you thirsty, hold on. It’s not like you can bring a pocketful of powdery dry water somewhere parched and expect to rehydrate with it. Dry water isn’t meant for drinking, at least for now.