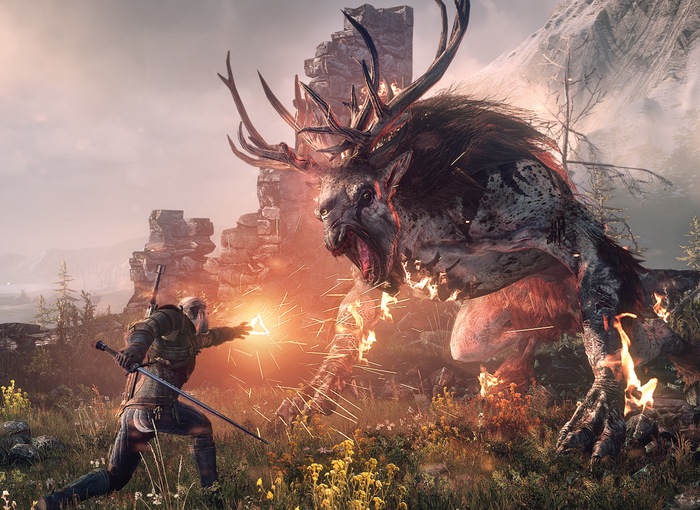 Gamers looking forward to the ever approaching launch of the highly anticipated The Witcher 3 Wild Hunt game are sure to enjoy this new gameplay trailer which provides another five minutes of footage whetting the appetite before the game’s official launch next month.

The Witcher 3 Wild Hunt game will be officially launching on May19th 2015 and will come with free downloadable content DLC bundle in the form of 16 entirely free updates, its developers CD Projekt Red has revealed previously.

For the launch of the Witch 3 game CD Projekt Red will release the first two DLC packs in the form of the Temerian Armor Set that comes complete with horse armour and a Beard and Hairstyle Set for Geralt, the main protagonist in Witcher 3.

Following on from this CD Projekt Red will then continue publishing two new Witcher 3 DLC packs every week for free, they explain:

“Gamers are entitled to the free DLC regardless of obtaining the game via pre-order or after launch. Instructions on how to obtain DLCs on specific platforms will be provided at a later date.

More information about games DLC’s can be found over on the official The Witcher 3 Wild Hunt website via the link below.