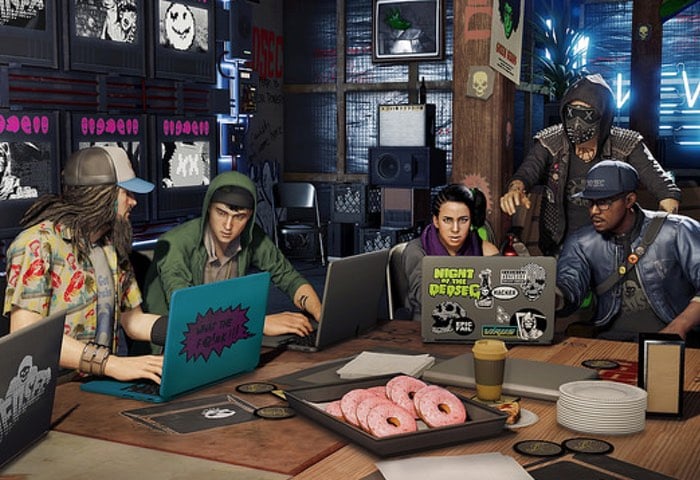 A new Watch Dogs 2 story trailer has been released this week providing more information on what you can expect from the new highly anticipated game which is currently under development.

Watch Dogs 2 will be launching in a few months time on November 15th, 2016 and will be available to play on Xbox One, PlayStation 4 and Windows PC systems.

Developed by Ubisoft Montréal the new game is set within the fictionalized version of San Francisco during which players control Marcus Holloway, a hacker who works with the hacking group DedSec to take down the city’s ctOS 2.0, an advanced surveillance system.

Marcus Holloway teams up with Dedsec crew, an elite group of hackers engaged in a quest to shut down the plans of power hungry Blume CTO, Dusan Nemec and restore power to the people.

Players can use different methods to approach the game’s missions. Players can choose between the aggressive approach, in which they defeat enemies with guns which are made with a 3D printer, explosives like mines, or Marcus’ own melee weapon, the thunderball, a billiard ball attached to a bungee cord. Alternatively, players can use the stealth approach, in which they can evade enemies or paralyze them temporarily with Marcus’ taser. Players can also complete the game through hacking alone.

When players commit too many crimes in the open world, police officers will become alerted and will attempt to arrest the player. The game upgrades system also returns, with items being divided into three categories: Stealth, Aggressor, and Trickster. Players can choose their upgrades in accordance to their own playstyle.

For more information on the new Watch Dogs 2 game jump over to the official website for details by following the link below.