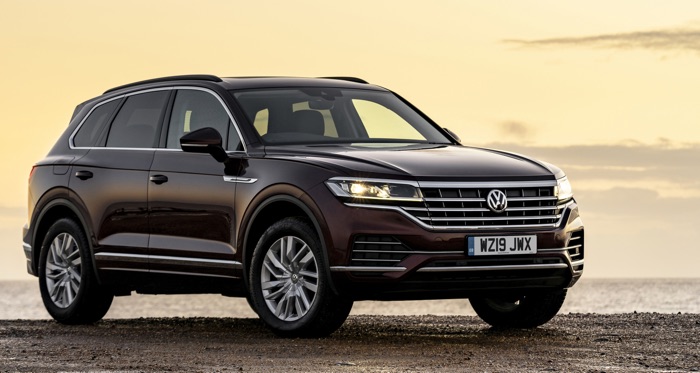 Volkswagen have announced their most powerful version of the Touareg to date and this new model comes with a 3.0 litre V6 petrol engine and 340 PS (335 horsepower).

The new Volkswagen Touareg  has a 0 to 62 miles per hour time of just 5.9 seconds and an electronically limited top speed of 155 miles per hour.

The latest member of Volkswagen’s growing range of SUVs brings even more choice for Touareg customers, adding a third powertrain to the model’s previous line-up of 3.0-litre V6 TDI engines, with all three units available in SEL, R-Line and R-Line tech specs.

This new petrol engine delivers its peak 340 PS power output between 5,300 and 6,400 rpm, with 450 Nm of torque produced between 1,340 rpm – just above idle – and 5,300 rpm. Just like the diesel-powered Touaregs, the petrol engine’s power is delivered to all four wheels via Volkswagen’s 4MOTION all-wheel drive system, with a limited slip differential combining with the system to give the Touareg its sharp road handling.

You can find out more details about the new Volkswagen Touareg over at VW at the link below it will be available in a  choice of different trims.