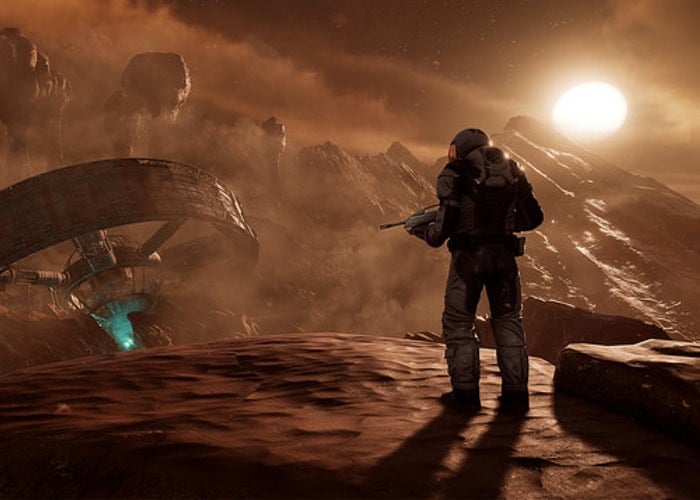 During the E3 2016 games conference this week Impulse Gear, an independent development studio that specialises in creating virtual reality games and environments has unveiled a new title in the form of Farpoint that will alos use the PS VR Aim Controller.

Unfortunately not too many details have been unveiled at the moment about the science fiction shooter but you can check out the teaser trailer below which was shown at its E3 2016 virtual reality press event and will be a PlayStation exclusive.

Farpoint is an unnerving VR space adventure set on a hostile alien planet. On a mission to pick up scientists studying an anomaly near Jupiter, a rupture from the anomaly transports the player and scientists to an unknown alien world.

Seth Luisi Co-founder, Impulse Gear explains a little more about what you can expect :

Developed exclusively for play in PlayStation VR, Farpoint is an unnerving space adventure set on a hostile alien world. After crash landing you have to fight to survive as you explore and uncover the planet’s secrets. Your only hope of escape is to keep moving and discover the fate of your team.

The PS VR Aim Controller offers the most realistic and precise way to control our game. With direct 1 to 1 tracking, you aim in Farpoint just as you would in real life. How you hold and where you point the controller are directly matched in the game. This allows you to do things in Farpoint that just are not possible in a standard FPS game. It also provides an unbelievable sense of presence in the virtual world.