A new and very unique audio speaker has been created that is stretchy, filled with gel and totally transparent and is the very first to use ions in place of electronics to generate sound.

A team lead by Zhigang Suo of Harvard University has created the new kind of speaker which uses the flow of charged atoms called ions, rather than the electrons that carry charge in electrical devices. 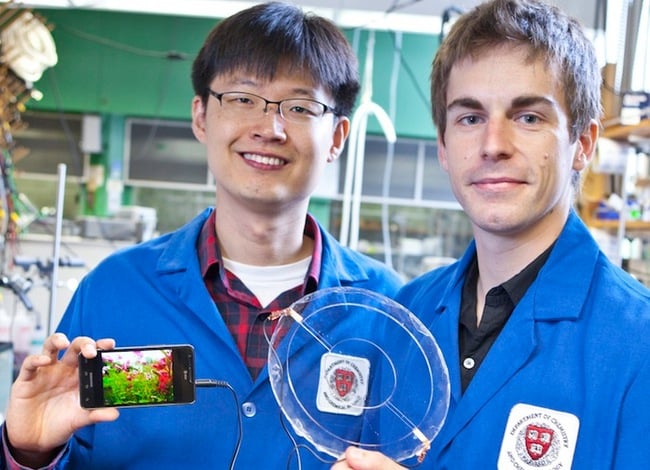 The team of researcher have combined saltwater which is packed with dissolved ions that are free to move around, with a polymer to create a flexible but solid substance known as a hydrogel. The speaker was then created by sandwiching a thin sheet of transparent, insulating rubber between two layers of gel, which were both connected to copper electrodes. Watch the video below to see it in action. The New Scientist website explains :

“Hydrogels are inexpensive and easy to make but the problem is they don’t last long. They dry out as their water evaporates. In order to develop longer-lasting devices, Suo is seeking alternative, flexible ionic conductors that do not readily evaporate. “The current work is really a proof of concept,” he says.”