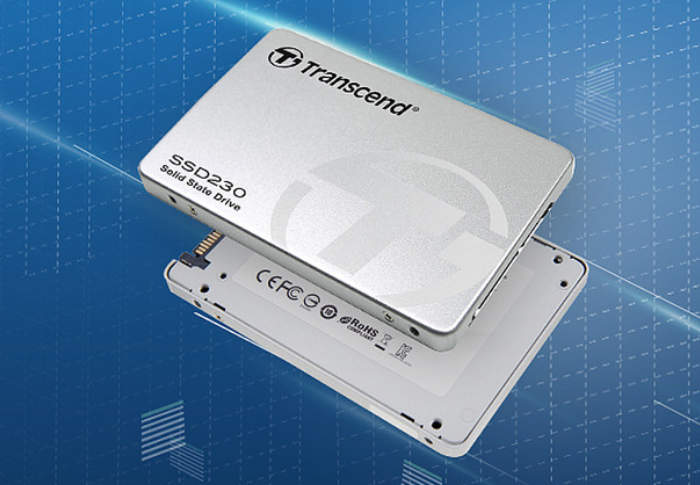 This week Transcend has launched a new range of solid state drives (SSD) in the form of the new Transcend SSD230 which will soon be available to purchase and storage capacities of 128GB, 256GB, and 512GB, and backed by Transcend’s three-year limited warranty.

The new range of solid state drives are equipped with DDR3 DRAM cache to take full advantage of the SATA III 6Gb/s interface and have been combined with built-in SLC caching technology.

The Transcend SSD230 storage is capable of achieving maximum transfer speeds of up to 560 MB/s read and 520 MB/s write. Transcend explains more in its press release :

Exceptional Performance up to 560MB/s and Enhanced Reliability : Besides built-in 3D NAND flash, Transcend’s SSD230 is equipped with a DDR3 DRAM cache that provides an incredible 4K random read and write performance of up to 340MB/s, making it the perfect choice as a boot disk for everyday computing tasks and programs. Taking full advantage of the SATA III 6Gb/s interface and built-in SLC caching technology, the SSD230 achieves exceptional sequential transfer speeds of up to 560MB/s read and 520MB/s write. In addition to blazing-fast transfer speeds, the SSD230 also features a RAID engine and LDPC (Low-Density Parity Check) coding, a powerful ECC algorithm, to keep data secure.

Exclusive SSD Scope Software : Developed for download and use with Transcend’s SSD products, SSD Scope is advanced, user-friendly software that makes it easier to maintain a healthy and efficient SSD. This software brings together the latest technology to determine the condition and optimize the performance of an SSD. SSD Scope’s useful features include: drive information and S.M.A.R.T. status monitoring, diagnostic scan, secure erase, firmware update, TRIM enabling, health indication, and system clone.

Unfortunately no information on pricing or worldwide availability has been released as yet by Transcend, but as soon as information comes to light we will keep you updated as always.