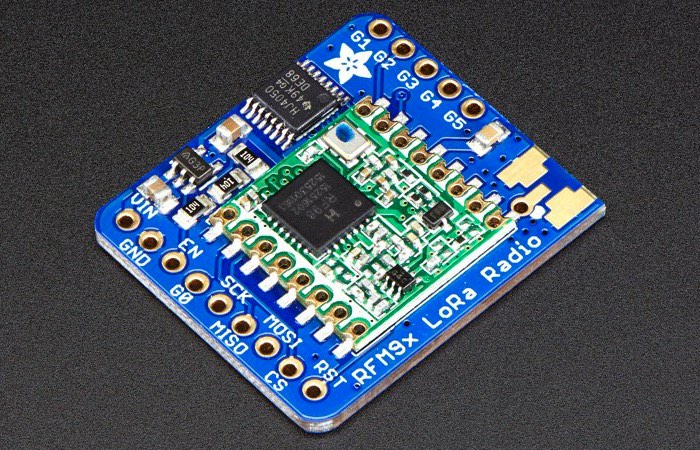 Adafruit has this week announced the addition of new transceiver radio breakouts boards in the form of the RFM69HCW / LoRa RFM95W – 868 or 915 MHz / 433MHz which are now available to purchase via its online store.

The easy-to-use modules have been specifically designed for sending data over long distances and provide lower frequency connectivity features that allow you to send data over greater distances when compared to Bluetooth or similar.
Adafruit explains more about what you can expect from their new Transceiver Radio Breakouts :

RFM69HCW Transceiver Radio Breakouts – These are +20dBm FSK packet radios that have a lot of nice extras in them such as encryption and auto-retransmit. They can go at least 500 meters line of sight using simple wire antennas, probably up to 5Km with directional antennas and settings tweakings

RFM95W Lora Radio Transceiver Breakouts – These are +20dBm LoRa packet radios that have a special radio modulation that is not compatible with the RFM69s but can go much much farther. They can easily go 2 Km line of sight using simple wire antennas, or up to 20Km with directional antennas and settings tweakings

Sending data over long distances is like magic, and now you can be a magician with this range of powerful and easy-to-use radio modules. Sure, sometimes you want to talk to a computer (a good time to use WiFi) or perhaps communicate with a Phone (choose Bluetooth Low Energy!) but what if you want to send data very far? Most WiFi, Bluetooth, Zigbee and other wireless chipsets use 2.4GHz, which is great for high speed transfers. If you aren’t so concerned about streaming a video, you can use a lower license-free frequency such as 433 or 900 MHz. You can’t send data as fast but you can send data a lot farther.’

For more information on the new Transceiver Radio Breakouts jump over to the Adafruit website for details following the link below.