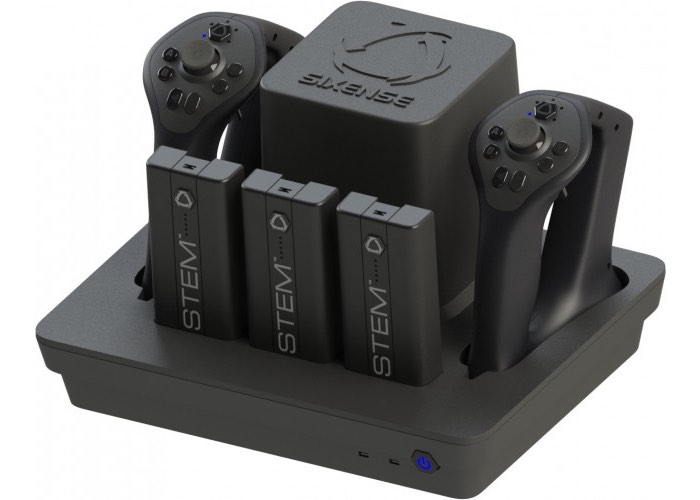 Sixense the creator of the new STEM VR Controller which has been previously unveiled and demonstrated has this week released a few more demonstration videos showing the features and functionality of the new virtual reality controller.

The STEM VR Controller is a wireless, motion tracking platform that has been designed for video games, virtual reality applications and more. Enabling players to interact intuitively and naturally with VR applications and games by tracking full position and orientation at all times.

Watch the videos below to learn more and see the system in action. Sixense explains a little more :

In order to foster a robust developer community, the STEM System will be an open platform for creators of both software and hardware consumer products. Developers will be able to create games with virtually no restrictions. The STEM System will give developers the flexibility and autonomy they need to create motion-tracked titles complete with motion-tracked peripherals of their own design.

The second-generation Sixense SDK takes advantage of the STEM System’s extended capabilities and also provides backward compatibility with products and games powered by earlier generations of Sixense motion tracking technology, including the Razer Hydra. The SDK is available for Windows, Mac OS and Linux.

Sixense MotionCreator is a powerful software application that delivers motion gameplay to virtually any published PC game. It allows you to play using the natural, intuitive motion control provided by the STEM System. The game itself is never “aware” that any new device is being used to play the game since Sixense MotionCreator emulates the inputs for which the game was designed.

To learn more about the new STEM VR Controller, its SDK and software applications jump over to the official Sixense website via the link below.