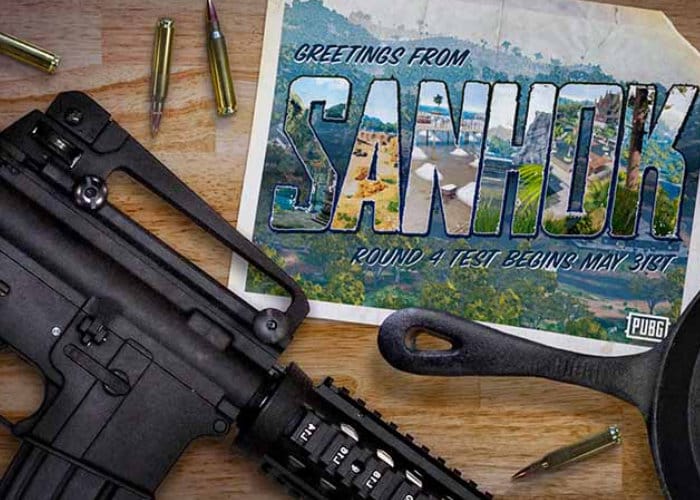 To whet your appetite ahead of the arrival of the new PUBG Sanhok map, available to enjoy from this coming Friday, June 22nd 2018 onwards. The developers of the hugely popular PlayerUnknown’s Battlegrounds battle royal game have released a new teaser trailer. Providing a closer look at the smallest of the three PUBG maps, measuring 4km x 4km in size, just a quarter of the size of Erangel or Miramar maps.

Due to the reduced size of the map you can expect performance to be improved and tweaks have been made to the way faraway players and vehicles are rendered. Other tweaks to gameplay include the removal of 8x and 15x scopes on Sanhok, which are now only obtained via care packages.

Weather in Sanhok also changes dynamically, with a smaller, shorter lasting redzone and the centre of the redzone appears outside of the playzone (white circle), which means players are more at risk when outside of the playzone. The bluezone
on the PUBG Sanhok map is dynamic, checking remaining player numbers before deciding the location of the next circle. As well as offering shorter waiting times and longer travel times.

The PUBG Sanhok map also includes an exclusive weapon in the form of the QBZ, an AR firing 5.56mm rounds and fitted with a magazine capable of holding 30 rounds that can be extended further to a maximum of 40 rounds if desired.
To celebrate the arrival of the new and third PUBG map Sanhok, the PUBG game is currently on sale via Steam until July 5th offering a 30 percent saving of the recommended retail price. Jump over to steam for more details.