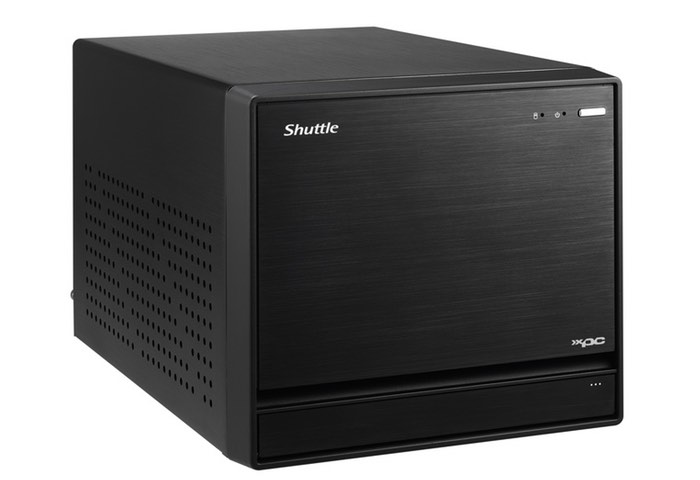 Shuttle has this week announced a new addition to its range of mini PCs with the launch of the Shuttle SZ170R8 which will soon be available to purchase price to €322 and has been specifically designed to be able to accommodate high-end graphics cards.

The new design also allows owners to install multiple hard drives allowing for 4 x 3.5 inch hard drives to be installed which allow the system to have a maximum capacity of 32TB if required.

Other features include a high-resolution DisplayPort, HDMI interface the ability to install dual graphics cards and an intelligent cooling system that uses Shuttle’s patented Heatpipe Cooling technology. The cooling system installed will automatically monitor the temperature within the system and ensure maximum stability as well as providing quiet operation using variable speed control.

The Shuttle SZ170R mainboard is fitted with Intel’s high-performance Z170 chipset that is designed for next generation LGA 1151 Skylake processors up to the top-end Core i7 ones of the K-Series that can be supported by up to 64GB of DDR4 memory. Shuttle explains more :

Ideal for both home and commercial applications. Still, there’s much room for expansion in the form of a M.2 SSD for PCI-E which means transfer rates of up to 2,5 GB/s making it up to four times faster as compared to current SATA-SSDs. However, this barebones platform is way more than just about storage – the SH170R8 has enough grunt under its aluminium bonnet to be a high-end gaming PC or a workstation for intensive graphics or even video applications.

The use of aluminium in Mini-PCs has significant advantages. Aluminium has an ideal balance between weight and strength, does not rust and is not sensitive to magnetism. Its thermal conductivity is four times higher than steel. All in all, it’s a perfect material for Mini-PCs.

For full specifications jump over to the official Shuttle website via the link below.