Sherlock Holmes fans that have enjoyed the series created by the BBC and were left wanting more after Sherlock faked his own death in the last episode of the previous series two. Are sure to enjoy this new Sherlock series 3 trailer released by the BBC advertising the new series that will air on New Year’s Day at 9pm in the UK.

The new Sherlock series 3 will be available to view in the US on January 19th 2014 and sees Sherlock return to London and sees the return of the dynamic and entraining duo performed by Benedict Cumberbatch as the legendary detective and Martin Freeman as his partner Dr. Watson. 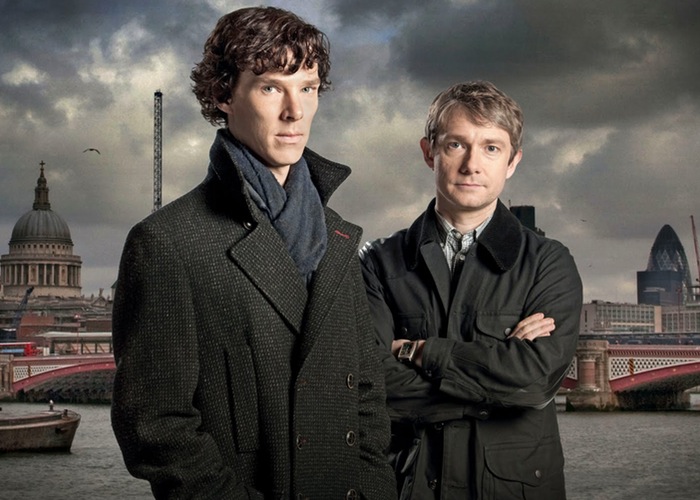 Sherlock executive producer Sue Vertue explains a little more about  Sherlock series 3 “We are hugely excited about this next series of Sherlock, and have worked closely with our partners, Masterpiece and PBS, to bring these episodes to U.S. audiences in January. We promise our fans that Season 3 is worth waiting for.”

The first new Sherlock Holmes episode is titled “The Empty Hearse” and solves the mystery of Sherlock’s death. The second episode titled “The Sign of Three” and the third “The Last Vow”. For more information on the new Sherlock Season 3 series jump over to the BBC website for details and to unlock exclusive clips and pictures from the new series and try out the BBC interactive trailer over on the official Sherlock Holmes website.