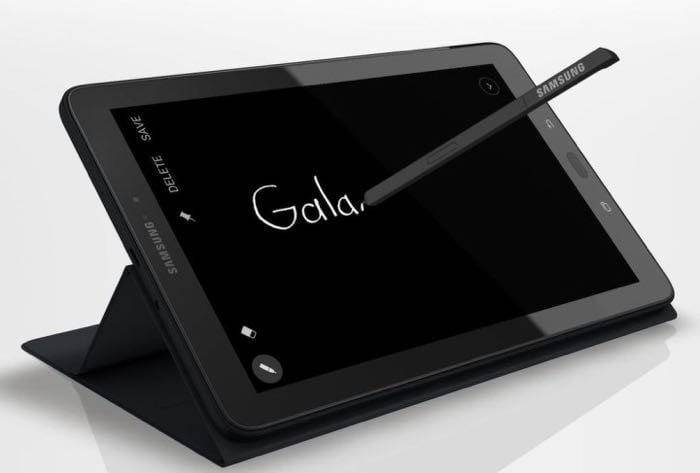 Samsung launched a new version of their Samsung Galaxy Tab A a few months back, but the company is also working on another version of the tablet, this one will come with the Samsung S Pen.

The picture above shows the updated Samsung Galaxy Tab A with the S Pen, the specifications on the tablet will apparently be very similar to the device that launched earlier this year.

Other specifications on the tablet will include 16GB of built in storage and a microSD card slot for expansion. The tablet will also come with a 2 megapixel front facing camera and an 8 megapixel rear camera, plus a 7300 mAh battery.

It is possible that we may see this new Samsung tablet with the S Pen at IFA later this week, as soon as we get some more details, we will let you guys know.