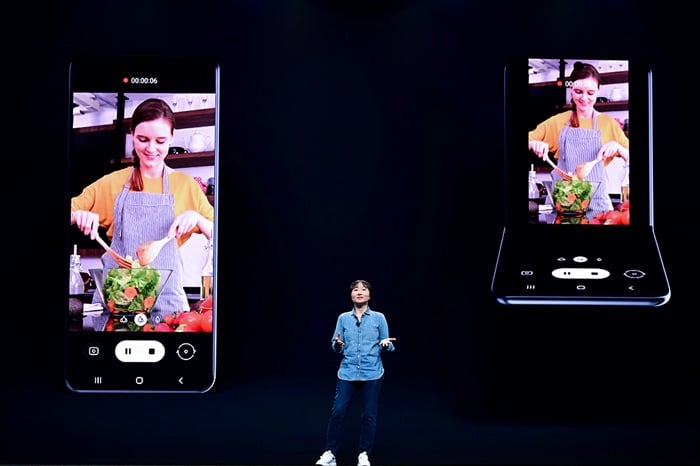 Samsung has shown off a new foldable smartphone concept at its Developer Conference and they have released a video showing the device.

The Samsung Galaxy Fold fold horizontally and this new device fold vertically, so it has basically a clamshell design, have a look at the video below.

As we can see from the video the design of this new device is co0mpletely different from their existing folding handset, it looks interesting from the video.

This is a concept at the moment and Samsung have not revealed much information about the device, there are no details on whether it will go into production, as soon as we get some more information on the handset, we will let you guys know.