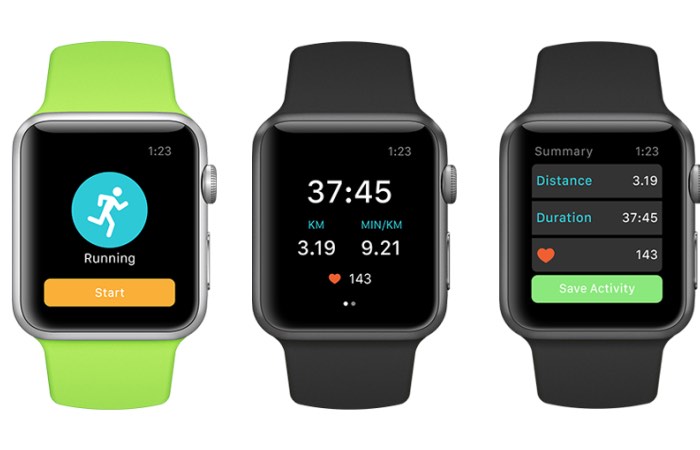 A new Runkeeper Apple Watch app has been released today which allows runners to be able to leave the added weight of their iPhone at home, and has been specifically built for Apple latest iOS 9 operating system and watchOS 2.

The new Runkepper Apple Watch includes a variety of new features including Post-activity music analytics, allowing you to see whether you really do run faster to certain songs or not.

The new feature provides you with a full rundown of your playlist and your pace for each song. As well as the ability to see the same for your Runkeeper friends.

Now being a standalone app for the Apple Watch allows you to run without your phone and still track with Runkeeper. You’ll also get heart rate data on the run, and can easily swipe right or force touch to pause an activity on the go.

As well as the new features FitnessKeeper has also fixed a few bugs in its RunKeeper application correcting Spotify integration as well as a workout rewards bug fixes allowing users to once again redeem their rewards. Jump over to the Apple iTunes App Store to download the latest version.