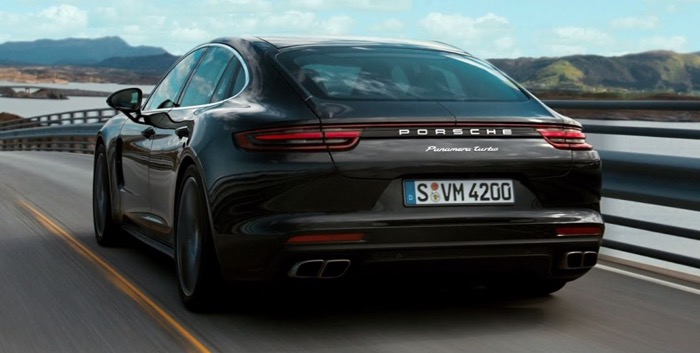 The new Porsche Panamera was made official back in June, we have already seen a couple of videos of the car in action and now Porsche has released another.

The Porsche Panamera has had a redesign and it looks much better than the model it replaces, it also comes with a new spoiler which you can see in the video.

The car is available with a range of petrol and diesel engines and there are also turbo versions of each engine.

The Panamera Turbo is powered by a 4 litre V8 that has 542 horsepower and has a 0 to 62 miles per hour time of just 3.6 seconds, this is with the optional Sport Chrono, the car has a top speed of 190 miles per hour.