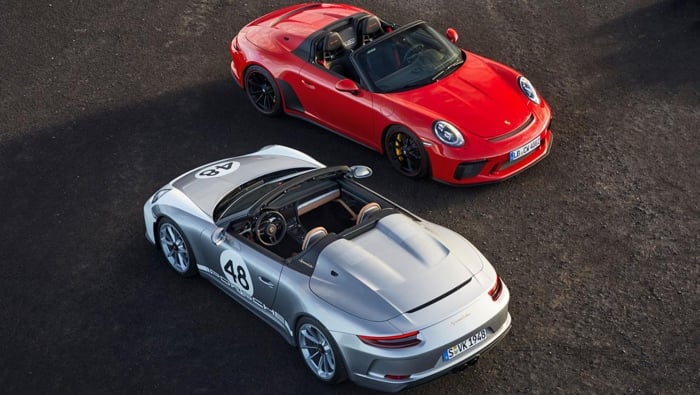 Porsche has announced that the new Porsche 911 Speedster has gone into production, we first saw the c ar last month and now it is launching in a limited run.

The sport car maker have now started to take orders on the new 911 Speedster and just 1,948 units of the car will be made, have a look at the video below.

Taking centre stage is the aesthetically shaped convertible top compartment lid with its double-bubble streamliners – a quintessential feature of this sports car type ever since the 911 Speedster from 1988. It is the largest and most complex component to date that Porsche has used in a road model made of a single piece of carbon-fibre reinforced plastic. Two trim elements in the double bubbles make room for the roll-over protection system as need, included in the two-seater as a standard feature just like in the 911 Carrera Cabriolet.

A weight-saving roof structure replaces the basic tonneau cover of the concept vehicle. Despite its puristic design, the fabric convertible top is suitable for everyday use. Together with the shortened window frames with their lowered cowl top panels and the smaller side windows, it gives the 911 Speedster its athletic profile. The excitingly low fly line already characterised historic designs such as the Porsche 356 Speedster from 1954.

You can find out moire information about the new 911 Speedster from Porsche at the link below.