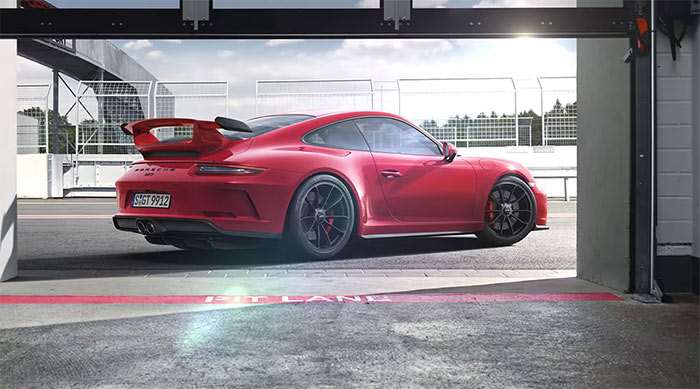 Porsche has posted up a video of the new 911 GT3 doing its thing down at the Nurburgring Nordschleife. Porsche says that the car celebrated its first day at the legendary track by completely trouncing the outgoing 911 GT3 model’s lap time record.

Porsche say that the new 911 GT3 put down a time of 7 minutes and 12.7 seconds. That is 12.3 seconds faster than the outgoing model. The video is worth a watch to hear the growl of that NA engine and 500 horses screaming.

The driver is clearly very good. It’s hard to directly compare times at a race track between cars and the biggest differentiator can be the driver. Porsche didn’t say who the drive of the car was.