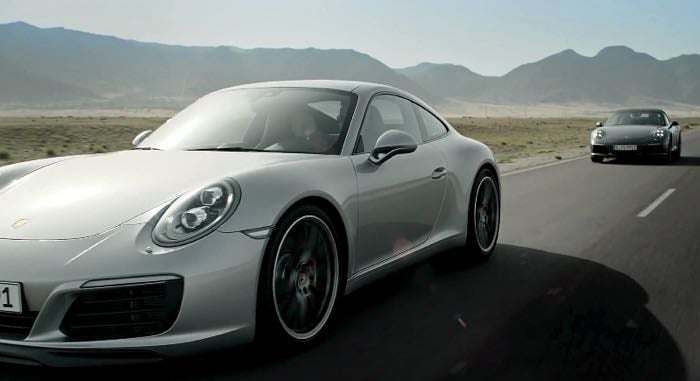 Earlier today Porsche unveiled their new Porsche 911 Carrera models, the first Carrera’s top come with a turbo engine and now Porsche has released a promo video for their new  911 range.

The video below gives us a look at the new Porsche 911 Carrera in action, we also get to hear the new 3.0 litre bi-turbo engines.

There will be two models in the range, the standard 911 Carrera and the 911 Carrera S, both models will be available in coupe and convertible options.

Porsche will be showing off their new 911 range at the Frankfurt Motor Show this month, we should have some details on pricing later this month.