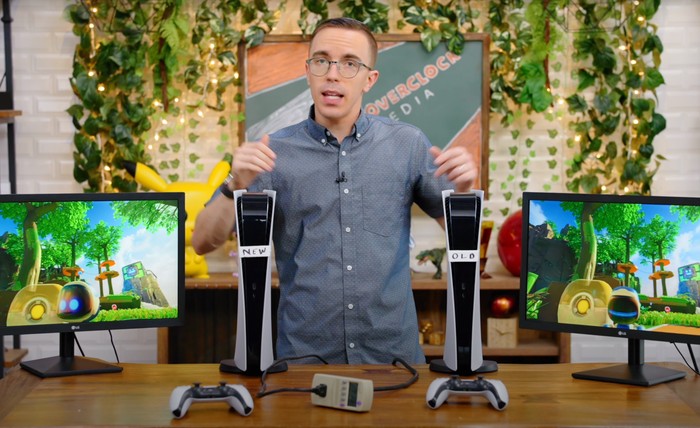 Sony has updated its PlayStation 5 tweaking the design and adjusting a few internal components when compared to the original PlayStation 5. If you would like to know more about the smaller heatsink, higher temperatures and new PlayStation 5 design check out the video below, to learn more about what you can expect from the latest PlayStation console soon to be available from scalpers worldwide.

The image below shows a comparison between the old PS5 heatsink and the new PlayStation 5 heatsink showing exactly how much Sony has removed and why the latest PS5 runs at a higher temperature than the old version. 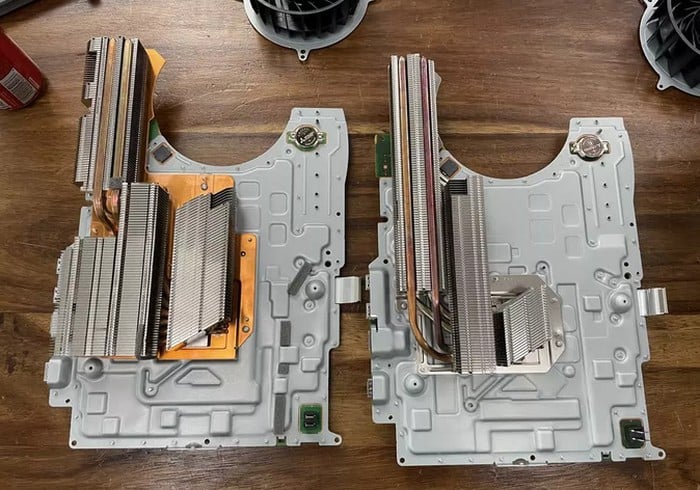 From the outside the new PS5 looks exactly the same as the original apart from a single screw that attaches to the console base and keeps the a station upright. On the original PS5 you would have needed a flathead screwdriver to remove this but on the latest PS5 Sony has provided a screw that can be removed by hand. More details on this can be found over on the Eurogamer website by following the link below.

The original Sony PlayStation 5 launched on November 12th 2020 and Sony recently announced that it had sold over 10 million units as of July 18th 2021.