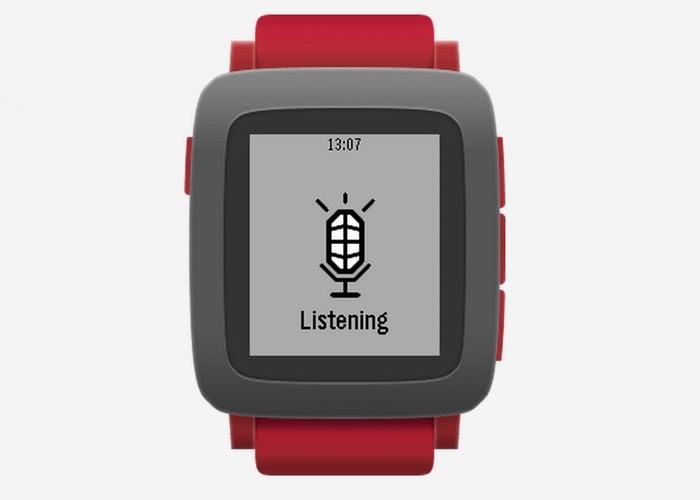 Creators of the Pebble smartwatch have this week announced the launch of a new dictation API that brings with it features and functionality to enable third-party applications to use voice control.

The new Pebble dictation API is powered by Nuance, the company responsible for creating dictation software packages such as Dragon and supports both iOS and Android.

The API will function on the Pebble Time, Pebble Time Steel and eventually the Pebble Round, enabling developers to add extra functionality to existing or currently in development applications for the Pebble smartwatch for users to enjoy. Nuance explains more :

Today, we’re thrilled to announce that Nuance’s voice recognition is integrated as part of the Pebble Time, Pebble Time Steel and soon the Pebble Round experience.  With a lift of the wrist, users can simply respond to emails and messages – the way messaging on a smart device ought to be.

Better yet, Pebble is integrating Nuance’s voice capabilities into the Pebble SDK for iOS and Android.  Now, developers can create apps that are uniquely customized for Pebble, while giving users the ability to access and use those apps with simple voice commands.

This is where I personally become incredibly excited about the potential for the IoT and the power that a sleek wearable device like the Pebble holds as the gateway to the automated, intelligent home.

You can easily imagine applications for the Pebble that let you control your thermostat or your lighting system from your wrist is incredibly powerful and liberating, especially in such a connected world.  Apps can find and play music from your sound system, order up take-out for dinner, or find a taxi – the possibilities are endless.  But on a watch device, application developers are definitely going to want to be able to use your voice.

For more information on the new Pebble Dictation API jump over to the Pebble developers website for details via the link below.