With the launch of the new Parallels Desktop 6 for Mac, software that allow you to run both Windows and OS X together. Parallels have released their Parallels Mobile App which is a free app thats allows uses to access their Windows desktop PC directly from their iPad. Watch the video after the jump to see it in action. 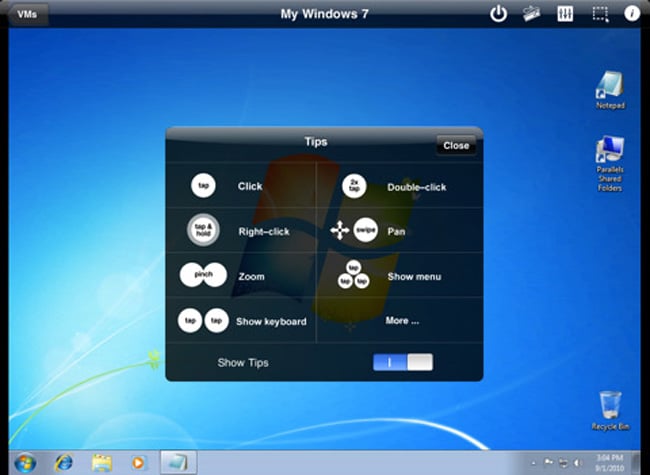 Admittedly there is a little lag between commands back to the main Windows PC but if you need to tweak settings or check progress of a program while away from your PC Parallels Mobile App seems a good solution.

The Parallels Mobile App is free and can be downloaded from the Apple iTunes Store now: iTunes