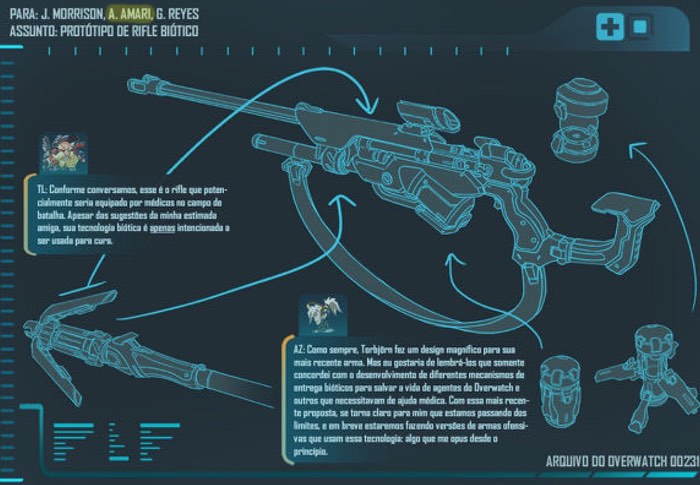 The official Overwatch Brazilian Twitter account has hinted and released new imagery which could be teasing the next Overwatch hero to be made available by Blizzard, expanding the choice of characters even further within the game.

The teased imagery hints that the next Overwatch hero could take the form of a sniper who goes by the name of Ana Amari, check out the top left corner of the image above.

Eurogamer explains more about who Ana Amari could be :

So who is Ana Amari? Excellent question! She was one of the founding members of Overwatch, thought to have disappeared after the group was originally disbanded. She also happens to be Pharah’s mother.

Although some think she was killed around the same time as Jack Morrison, there is something of a precedent for characters pretending to be dead before returning under a different name and appearance. We also know she was a sniper, thanks to a brief look at the original team in Soldier 76’s origin story.

As soon as more details are announced and officially confirmed by Blizzard Entertainment about the next Overwatch Hero we will keep you up-to-date as always. Who do you think will be the next Overwatch hero, leave your thoughts in the comments below.