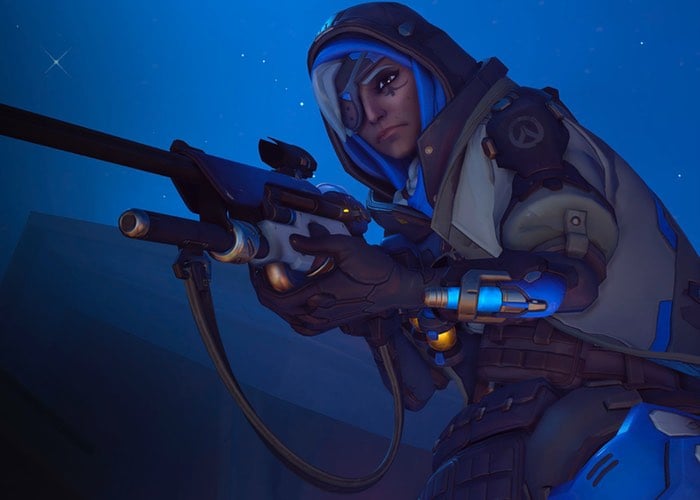 Blizzard has this week unveiled a new Overwatch hero in the form of Ana, check out the introductory trailer and gameplay videos below to get a sense of her abilities and tactics that will come into play.

Ana’s real name is Ana Amari, a 60 year old Bounty Hunter with a base of operations in Cairo, Egypt. One of the founding members of Overwatch, Ana uses her skills and expertise to defend her home and the people she cares for.

As the Omnic Crisis inflicted a heavy toll on Egypt, the country’s depleted and undermanned security forces relied on elite snipers for support. Among them was Ana Amari, who was widely considered to be the world’s best. Her superior marksmanship, decision-making, and instincts made her a natural selection to join the Overwatch strike team that would end the war.

Ana’s versatile arsenal allows her to affect heroes all over the battlefield. Her Biotic Rifle rounds and Biotic Grenades heal allies and damage or impair enemies; her sidearm tranquilizes key targets, and Nano Boost gives one of her comrades a considerable increase in power.

BIOTIC RIFLE : Ana’s rifle shoots darts that can restore health to her allies or deal ongoing damage to her enemies. She can use the rifle’s scope to zoom in on targets and make highly accurate shots.

SLEEP DART : Ana fires a dart from her sidearm, rendering an enemy unconscious (though any damage will rouse them).

BIOTIC GRENADE : Ana tosses a biotic bomb that deals damage to enemies and heals allies in a small area of effect. Affected allies briefly receive increased healing from all sources, while enemies caught in the blast cannot be healed for a few moments.

NANO BOOST :After Ana hits one of her allies with a combat boost, they temporarily move faster, deal more damage, and take less damage from enemies’ attacks.

Learn more about the new Ana Overwatch Hero on the official Overwatch website via the link below.