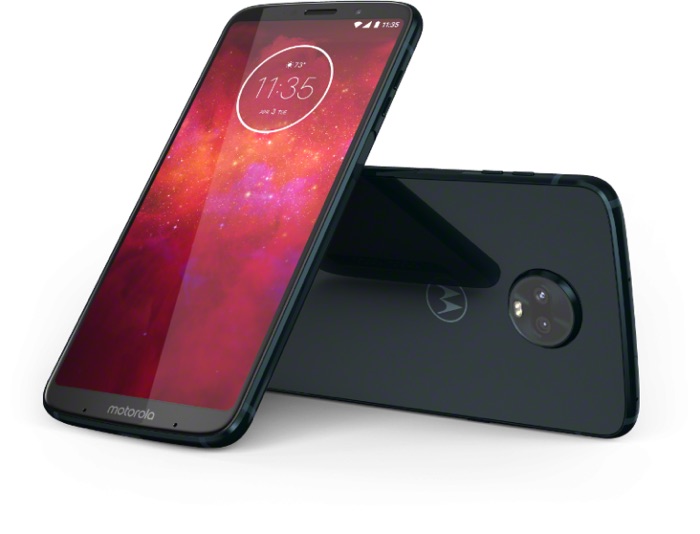 We have been hearing a number of rumors about the new Motorola Moto Z3 Play smartphone and now the device has appeared on some benchmarks.

The new Motorola Moto Z3 Play is listed on GeekBench with a Qualcomm Snapdragon 660 processor, the handset is also listed with 4GB of RAM and Android 8.1 Oreo. You can see the Geekbench listing for the device below. 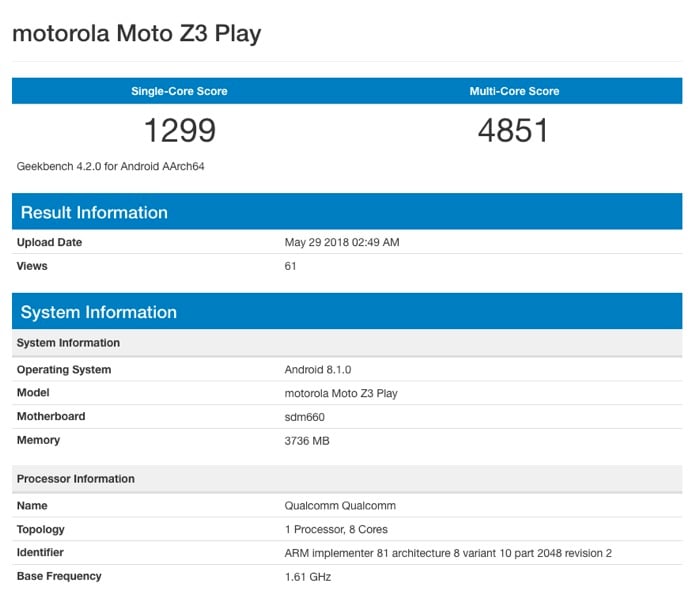 The handset is rumored to come with a 6 inch Full HD+ display with a resolution of 2160 x 1080 pixels and the device will apparently come with a choice of 32gB or 64GB of storage. There are rumors of another version of the handset with a Snapdragon 636 processor.

The new Moto Z3 Play will apparently come with dual rear cameras, one camera will have a 12 megapixel sensor. On the front there will be an 8 megapixel camera for Selfies and the handset will also come with a 3000 mAh battery.

As yet there are no details on when the new Moto Z3 Play will be made official, as soon as we get some more details, we will let you guys know.