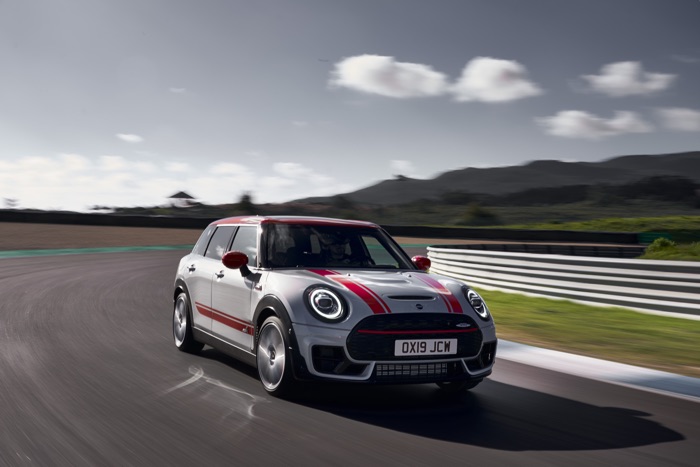 Mini has added tow new Cooper cars to its range with the launch of the MINI John Cooper Works Clubman and Countryman.

These new Mini Cooper cars comes with 306 horsepower and 450 Nm of torque, this is around 75 more horsepower than the previous models.

In these brand new versions of the two top sports models, both the individual six door model with its extreme driving fun and the robust all-rounder provide a challenging performance experience. The latest generation of the 4-cylinder engine developed for the John Cooper Works models with MINI TwinPower Turbo technology surpasses that of the previous drive by as much as 55 kW/75 hp at maximum output. Maximum torque has increased by 100 Nm to 450 Nm, and acceleration performance has also risen commensurately. The new MINI John Cooper Works Clubman turns in an acceleration of 0 to 100 km/h in 4.9 seconds, with the new MINI John Cooper Works Countryman achieving the same in 5.1 seconds – 1.4 and 1.5 seconds faster than in the respective previous models.

You can find out more information about the new Mini Cooper Clubman and Countryman over at Mini at the link below.