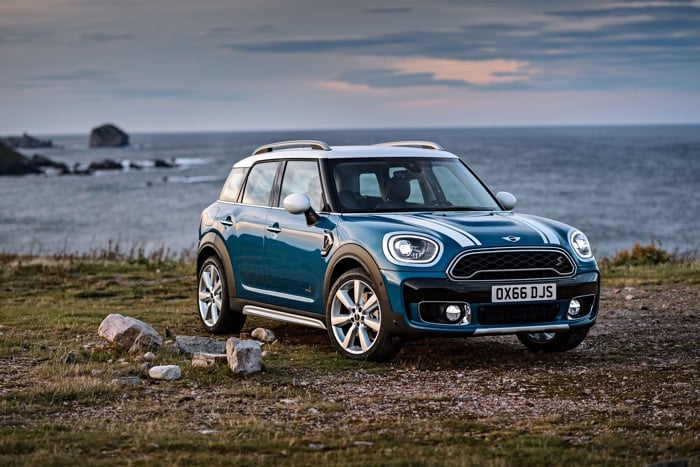 Mini has announced the launch of the new Mini Countryman and it comes with a new design and a range of new features over the previous model.

The updated Mini Countryman is going to launch with four different engines, the top model will be a 192 horsepower Mini Cooper S Countryman.

As the new generation of the MINI Countryman sees its premiere, the tradition-steeped British brand continues its advance into the premium compact segment. The new MINI Countryman is the biggest and most versatile model in the brand’s 57-year history. Having been completely newly developed, it now reflects considerable advancements in the areas of space, functionality, athletic flair and premium characteristics.

The new MINI Countryman (combined fuel consumption: 7.0 – 2.1 l/100 km; combined CO2 emissions: 159 – 49 g/km) achieves its unique standing among direct competitors due to its powerfully expressive design, efficiently shaped bodywork and in particular its unmatched driving agility. The latest version of the all-wheel drive system ALL4 ensures driving fun beyond paved roads, too. What is more, the new MINI Countryman is the first model of the brand to be available with a plug-in hybrid drive. In the form of the MINI Cooper S E Countryman ALL4 it has a range of up to 40 kilometres running on electrical power alone.

You can find out more information about the new Mini Countryman over at Mini at the link below.