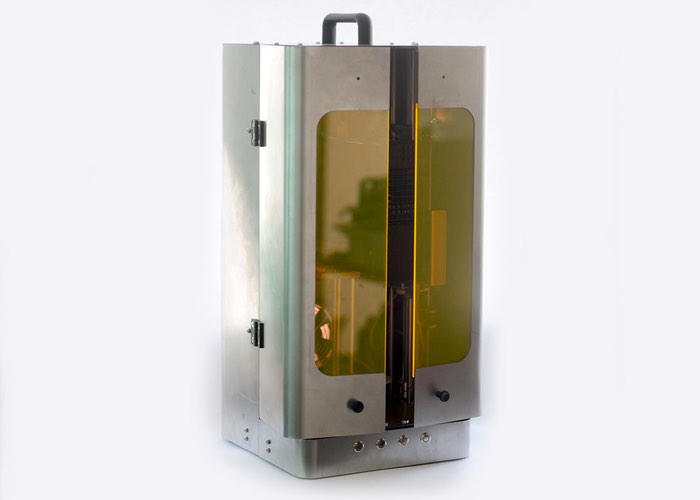 Lumi Industries has created a new resin 3D printer called the LumiForge which it has recently added to its range providing an evolution to the previously launched LumiPocket Pro.

The LumiForge resin 3D printer is now available to preorder priced at €2,000 +VAT and support a design based on the same top to bottom projection system as in the previous models. Delivery is expected to start during the middle of May 2016.

The 3D resin printer offers a build volume of Ø10cm x H.10cm at a resolution up to 37µm (X, Y, Z) at an average speed of 18mm/hr at 75µm. Lumi Industries explains a little more:

Based on the same top to bottom projection system, LumiForge has now an enclosed design which protects the working area from external light that might interfere during printing but at the same time, it guarantees a good ventilation to ensure the projector lifetime.

What was still a manual process in LumiPocket has become fully automatic in LumiForge, for example projector and resin carriage movement, printing area and curing time setting. The Software Lumi Creator has also been updated with new features that makes the printing set up even simpler and easier than before.