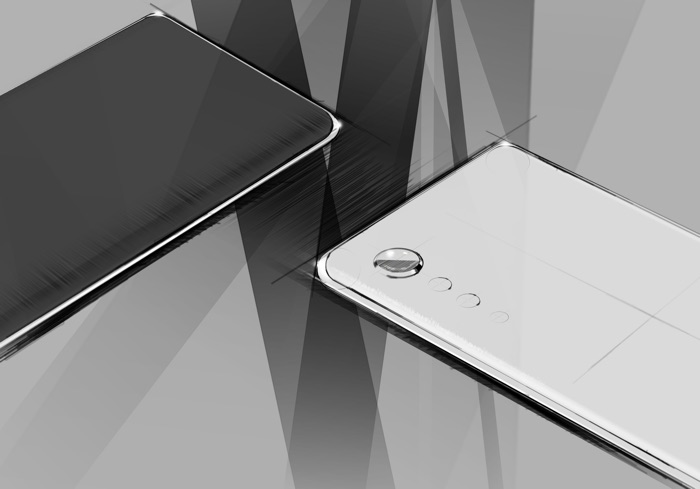 LG has announced that it will be bringing a new design language to its next LG flagship smartphone, the company released the photo above.

The company’s new flagship smartphones will be getting a new design and LG has plans for a new camera setup and more.

Contrary to the trend of the squarish camera bump seen on many of today’s high-end smartphones, the upper-left corner of the LG phone’s backside hosts three rear cameras and an LED flash in descending order by size, meant to evoke images of falling raindrops. The main camera sits slightly above the surface while the other two lens lie seamlessly under the smooth glass. This tactilely pleasing design layout offers the added benefit of taking up less space on the rear of the phone for a cleaner, sleeker overall look.

Another new design element that will be making its debut in the upcoming device is 3D Arc Design, where the edges of the display and rear are symmetrically curved, exuding a much more natural feeling in the hand than previous LG phones. This artful design touch means less sharp edges and angles that makes the phone not only more pleasing to the eye, but also more pleasing to touch.

You can find out more information about LG’s plans for their new flagships smartphones over at their website at the link below.