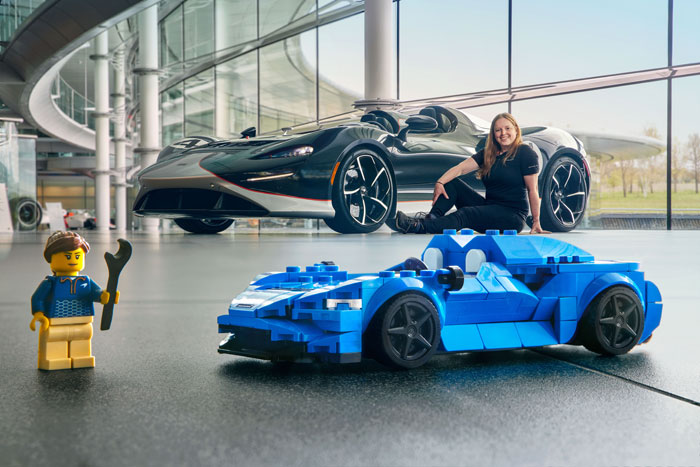 There are lots of cars we would like to own, but our bank account won’t cooperate. For many people, as close as though come to owning some of the most expensive hypercars in the world are the multiple Lego building kits allow you to build the cars in your home. McLaren and Lego have announced the latest building kit called the Lego Speed Champions McLaren Elva.

The Lego kit is a blocky replica of one of the rarest open-top speedsters in the entire world. The kit has 236 pieces, including a minifigure inspired by McLaren Automotive’s Principal Development Engineer for Ultimate Series, Rachel Brown.

The building set comes with a wide chassis with a two-seat open cockpit and authentic detailing, including AAMS vents that manage air in the real car. The Lego kit measures 1.5-inches high, six-inches long, and three-inches wide. The kit also comes with a driver minifigure with a race suit, helmet, and wrench. The kit will be available starting this month directly from Lego for £17.99. Availability outside the UK is unknown at this time.