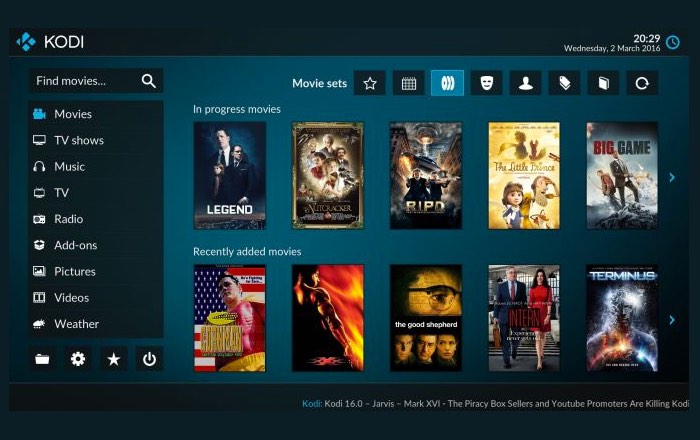 The Kodi Estuary skin has been designed specifically for the “10 foot media center experience” presented by large screen TVs and projectors. While the second Kodi skin has been specifically designed for touchscreens and is called Estouchy, and will be replacing the re-Touched skin.

Kodi explains a little more about the development of the new Kodi default skins :

Many months of hard work have been put into these two new skins as that’s how long it takes to build a new skin from the ground up. Mainly team members Phil65, Piers and ronie have been working in secret creating these brand new beautiful skins that will become the new look and feel for Kodi.

Build from the ground up with the main focus on using the latest features in the best way possible. Additionally they had a lot help of some core developers on getting the needed changes done to Kodi and the rest of the team for getting most of the testing done. Both skins are installed by default and most users will start with Estuary while iOS users will start with Estouchy.

For more information on the new Kodi default skins jump over to the official Kodi TV website for details via the link below.