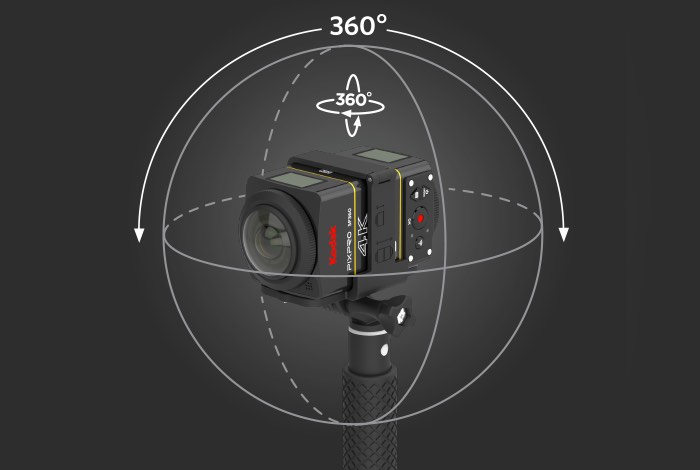 Kodak has this week launched a new 4K Ultra HD action camera in the form of the Kodak SP360 4K which is the successor to the SP360 as the name suggests offers the ability to capture 4K video footage.

Combining two Kodak SP360 4K action cameras together also provides the possibility of capturing virtual reality ready footage which can then be viewed using devices such as the Oculus Rift and others. 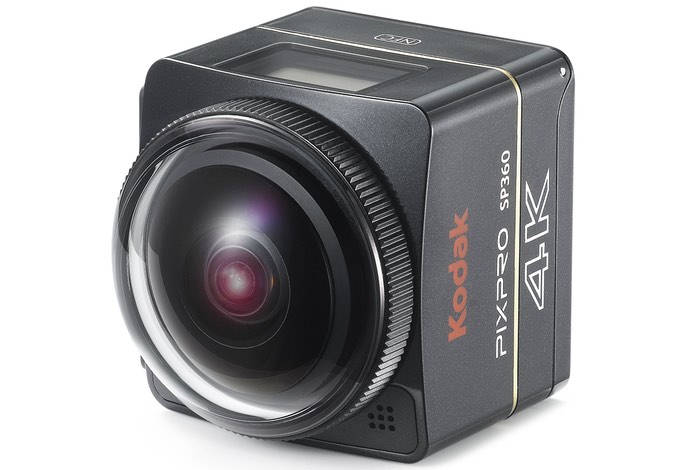 A single Kodak SP360 4K Ultra HD action camera is available to purchase from $449 with double packs available price that $899. The standard footage is recorded at a 1:1 aspect ratio, with a maximum resolution of 2880 x 2880 and 30 frames per second. Kodak explains a little more :

Introducing the all new KODAK PIXPRO SP360 4K Action Cam, designed to take your 360 VR videos, creative vision and passions to new heights. Prepare to marvel at the amount of detail, clarity and precision this compact Action Cam provides, which easily fits in the palm of your hand. Add the flexibility of mounting only 2 Action Cams together for full 360º spherical video and you’ve only scratched the surface of what this portable Action Cam can do. KODAK PIXPRO Digital Cameras – Tell your story.

Whether you’re just starting to dabble in the hot new world of 360° VR video or you are a seasoned professional looking to up your game, we’ve got the right fit for you. Our entry level PREMIER Pack gives you a single SP360 4K and the basic necessities to use right out of the box. If you’re taking the plunge and want to dive head first into creating full spherical 360° VR video, then the DUAL PRO Pack is what you need. Two cameras and the tools to get you started on embarking into the evolution of interactive video.

For full specifications and details on the new Kodak SP360 4K action camera jump over to the official Kodak website for  details and the ability to purchase from $449 via the link below.