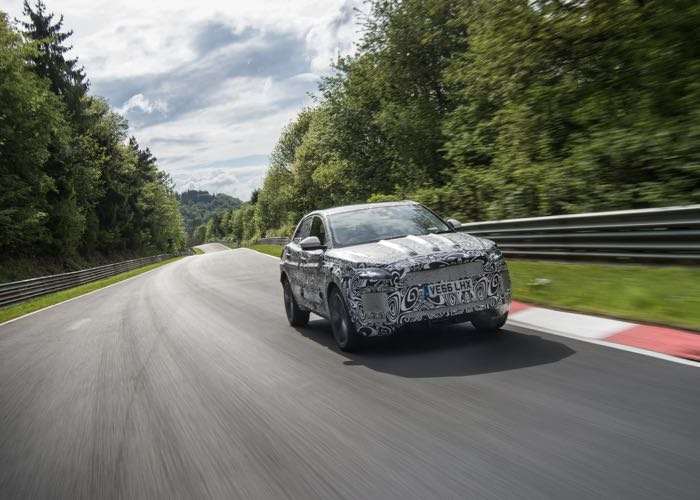 The new Jaguar E Pace SUV will be made official later this month and Jaguar are continuing to tease their new SUV.

The car maker has released a video of the E Pace in action, we get to see the SUV in the video below, although it is covered in camouflage.

Jaguar unleashed hell* and high water** to ensure that E-PACE worked on all surfaces and in all weathers. More than 150 prototypes were built during a gruelling 25-month test programme which took place across four continents to ensure not only extreme durability but that the vehicle lives up to the Art of Performance philosophy.

From the demanding Nürburgring circuit and high-speed Nardò test track to the deserts of the Middle East, E-PACE has proved itself in the world’s most challenging environments. Jaguar’s engineers braved the -40C temperature of the Arctic Circle and the high altitudes and rivers of China’s most remote provinces to ensure E-PACE can withstand a lifetime of use in the hands of the most active and demanding customers.

We will have more details about the new Jaguar E Pace SUV next week, Jaguar are expected to make the car official on the 13th of July.