We have already seen a number of photos of the new iPad 5, and also the new iPad Mini 2, and now we have a video from Ubox Therapy which shows the Space Gray version of the iPad 5.

As you can see from the video below, the iPad 5 features a new slimmer design to the existing model, the device is said to feature Apple’s new A7 64-bit processor. 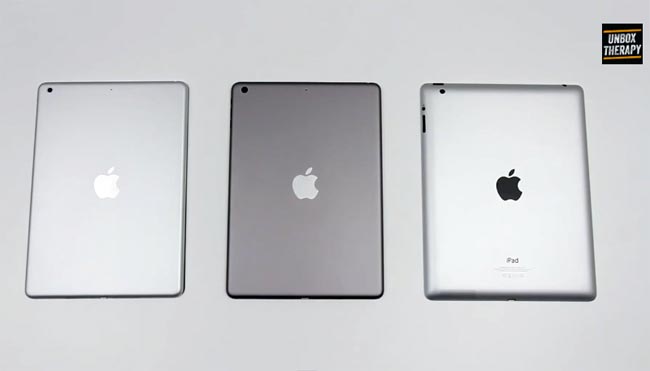 The new iPad Mini are expected to come in similar colors to Apple’s new iPhone 5S, we have already seen some photos of the gold version of the iPad Mini 2.

Apple have yet to confirm a date for their fall iPad launch event, although it is rumored to take place on the 15th of October as soon as we get some more details we will let you guys know.