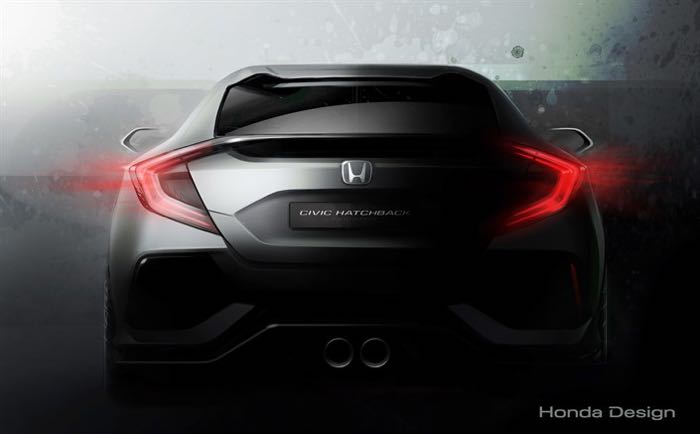 Honda has released a photo and some details of a new Honda Civic prototype that will be unveiled at the Geneva Motor Show next month.

The company will also be showing off a new Clarity Fuel Cell in Geneva and also their new NSX which will go on sale shortly.

Honda is set to unveil the next step in the renewal of its European car range at the 2016 Geneva Motor Show, including the global premiere of the Civic Hatchback Prototype.

The Civic Hatchback Prototype receives its global premiere at Geneva Motor Show, previewing the exterior design of the all-new hatchback model, scheduled for a European launch in early 2017. Produced at Honda of the UK Manufacturing (HUM), the car will be exported to global markets, including the US.

We will have more details about the Honda Civic prototype when it is made official at the Gevena Motor Show next month.