Gravity the new movie launching into theatres next month on October 4th stars Sandra Bullock and George Clooney and has been co-written, co-produced, co-edited and directed by Alfonso Cuarón. 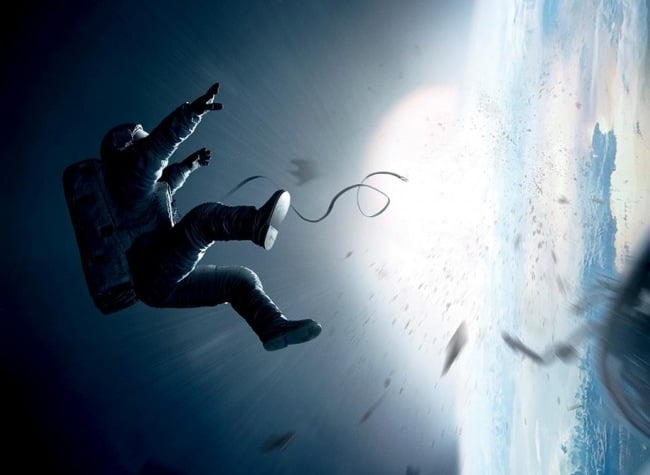